Begin A Part Of A Big Machine 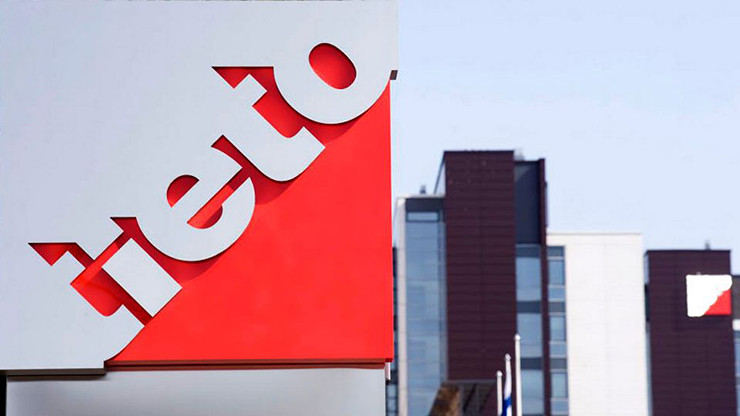 I was watching a video clip from the founder of Alibaba.com jack Ma who is the richest man in China these days. He said:

As young guy and before 30’s follow somebody. In a big company it is good to learn about processes and you are a part of big machine.

In this blog post I’ll go through how I ended up to Tieto Corporation and few words about the unit I was working for. The post will give good reasons why did I changed later to smaller and more agile company.

My professional career after the studies started in spring 2007 at TietoEnator corporation. The company changed the name to Tieto few years later and still working with the same brand. I started as a Software Engineer working with the .NET technologies and products built on Microsoft’s technology stack. Most of the large corporations and the public sector publishes news and corporate contents to employees using Content Management Systems (CMS). My experiences with CMS products started with SharePoint 2003 and Elevation. Elevation was a in-house built CMS product.

Few years before I joined Tieto, the company acquired a corporation named Visual Systems (VS) and the  unit I joined was a trail from this company. Visual Systems was founded by Pekka Viljakainen, who is a long line entrepreneur and business man. I was told that, the business idea of the company at the beginning was to create educational videos for schools and academic institutions. As the internet became more popular and companies started to provide services over the internet. At that point Visual System changed the business focus and started to create digital services for large corporations. For example the first Finnish internet bank service which was made for OP Bank was produced by Visual Systems.

If I should describe Tieto Corporation and find a synonym for it I would say a large whale. The corporation history and the way it was managed made it really hard to change the course and exploit talent inside the house. Everything is decided for you and there are so many hierarchical levels and bureaucracy, that new ideas does not fit in the daily business and the company makes a slow death.

Visual Systems managed to built a great corporate culture in where every one felt their value. All the employees were friends to each other and with the in-house events and brighten up and innovative projects the company managed to keep the growth and eventually owners sold the company (made the exit). The inherited culture was obviously different than other organization units at Tieto. One of the biggest mistakes Tieto did, was not to adopt the culture inherited form VS to other units and learn from the better one. Instead the management tried to bring the rigid and old-fashioned way of doing IT business to the young and innovative section of the corporation. This mistake eventually scattered the unit and almost all of the talented professionals left the house.

As I joined the organization as a junior professional everything was new to me. The business model, the earning models, the sales focuses, the organization model, employee roles, project models, the technology and so many other pieces, on which the IT and ICT business is built on. Curiosity plays a big role in my personality. From the moment I settled down in the company I started to research the business and asked question from high level managers. One of the most question I asked always was “How much they are paying?”. I guess this question comes from my background, because we Persians always love to know the price.

During the three and half years my main focus was on the technology, but during the period I tried to build as many direct customer relationships as i could. But in the most big IT & ICT companies you are just a resource in few projects. The managers reports only numbers to the higher levels and talents are not used as they should be used. In the big company your role is to create certain amount of income as it is planned for your role and most of the this are dictated and sold to with a beautiful story. Instead of re-evaluation of roles and talents, employees are kept in the same panel as long as it’s possible and the only way to improve and progress in your career is to change the company. There are many people who are contented with the dictation and in most of the time the only way they leave the company is to retire, get a better job offer from a similar company with a greater wage through a recruiter or last but not least to be fired (to get fired in Finland is extremely hard because of labor union power).

At the end of the day the experience I gained from the company was great. Here are some highlights from my experiences: