Meltlake by Futurice, the founding story 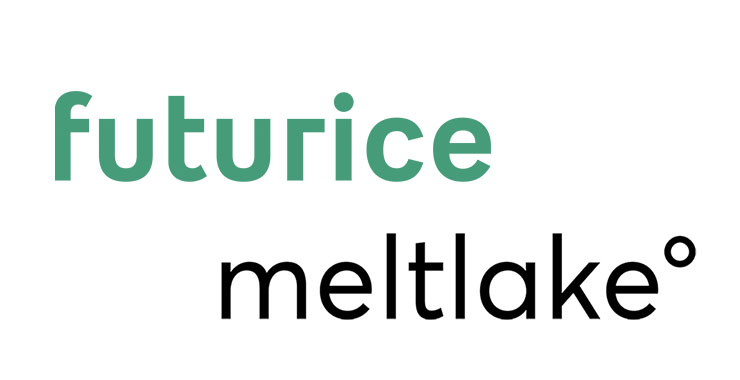 Meltlake by Futurice got founded as a new sister company early this month. I’ll review the founding story in this blog post. Many of friends and colleagues have asked me about the company and the relationship I have with the founded start-up. In this blog post, I’ll explain how everything started and what was my role in the new start-up.

I joined Futurice Group London branch in September 2018. That is after having an eight months break from my own Microsoft consultancy Digital Illustrated. Before joining Futurice, I had two paths in mind the first one was to become a freelancer. The second one was to join a high-tech company which had expanded its business to other countries from Finland. As I decided to move to London, the choice was clear. I already had a friend working for Futurice, and I wanted to learn the expansion business. For that reason, a friend of mine introduced me to the Tech lead in the London office.

The recruitment process in Futurice has many stages. The process indicates that the joining person has enough qualifications for the chosen role. After the preliminary stages, Timo Hyväoja a vice president from the Helsinki office, had joined the London office. He was my contact in the negotiations stage. He shortly after became the Managing Director of the UK business.

Futurice is a technology agnostic company, and they want to keep it that way. My conflicts with the technology-agnostic ideology started already during interviews. During my interviews, Timo asked me if I want to change my technology stack. My answer was neutral, and I said I’m open to opportunities. I already knew by then it will hard for a guy with my experience and skills in the Microsoft ecosystem.

As I joined the company, I checked the Microsoft partnership status, which was dead at that moment. I started to gather references and hunt down people with Microsoft certifications. I got the Application Development partnership resurrected after a few weeks of joining the company. Later on, I went for the could partnership programs.

Overall people working for Futurice are neural about Microsoft or more fan of Open Source technologies. I also have to mention that in the London office, I was harassed because of my technology preferences. I’m not a guy who gives up or gives in!

I think if people are following a particular path, it doesn’t mean that they are on the right path. The first time having a Microsoft specific sister company in Futurice group came to my mind in early 2019. I expressed my ideas to Timo Hyväoja, the ex-managing director of London and Mikko Viikari. Mikko is a founder of Futurice and responsible for the startups and sister company businesses. We left the idea to rest because of the challenges and projects we had in the London office.

I was extremely interested in Microsoft technologies as part of the Futurice business. We booked our tickets with Osmo Haapaniemi the MD of the Tampere office in Finland to Ignite 2019 in November to identify new business opportunities for the group. I have particular respect for Osmo. He is a good friend and an excellent leader!

The trip to Ignite was an eye-opener for Osmo and the Futurice group. At the same time, the business situation changed so rapidly in the London office, and I had to leave. For that reason, I booked my tickets to Finland to meet the management team of the Futurice Group.

Not only Futurice didn’t want me to leave, but they invited me to join the Tampere office as an advisor. In November 2019, I was unemployed for 12 hours, but soon after I started as a team lead. The project I’m still leading is a world-class IoT project. Futurice also wanted to review the possibilities of having a Microsoft consultancy business. For that reason, I got the second mission as an advisor to write a business plan. The idea was to pivot a new Microsoft consultancy as an independent company and me as a co-founder.

During my visit to Finland in November 2019, I met Timo Hyväoja (the ex-managing director of London) in Helsinki. I explained my status and asked his interests to join the new start-up. He was more than happy to see the opportunity and joined me also as a founder. We also had the support from the Tampere office with Microsoft technology-based projects and sales leads. For that reason, I also wanted to have Osmo Haapaniemi as a founder.

Meltlake by Futurice got founded as a new sister company early this month, but the preparation started much earlier. From December to January, I was preparing the initial business plans, value proposition and marketing strategy for the new startup. From the beginning of 2020, we co-created and emphasized the rest of the materials with other partner candidates. These materials were cost calculations, risk analysis, product reviews and sales plans for the Futurice board. Ideas were presented to the board of directors at the beginning of February. The board has big names such as Risto Siilasmaa (the founder of F-secure). Our proposal was accepted, and we started the contract negotiations. Our plans were also praised, and I’m super proud of my self with the job I did!

The contract negotiation phase took us time and many iterations, but eventually, we agreed on partner terms. During this period, we were doing long days with Timo. I also have to admit that it’s not easy to run projects and found a new company at the same time. Long working hours will drain your energy, take away your creativity and eventually will cause burnout.

In the new startup, each founder responsibilities based on our strengths. One of my responsibilities was working on the external layout of the new company. It’s always hard to find a company name, and especially with the free .com domain. After having a few name candidates my suggestion was the best one, and in mid-February, I registered meltlake.com under my own Godaddy account. The domain was later transferred to Meltlake Oy after the registration of the company.

I got married on the 24th of December 2019, and because of the new company, we cancelled our honeymoon. I flew to Finland just after the new year holidays and spent the time to manage the required tasks. During my visit, I felt that the distance would harm my relationship and personal life. Being away from home for more extended periods is a poison to the relationship and distance relationship will never work.

After returning home from Finland, I had a few days to relax. The relaxation made it possible to take time more and distance to think about the new startup. I also shared my concerns with my wife. I felt that the stress level I’m creating for my self was not healthy. The time I’ll spend running the company will be away from my family and my free time. It will take at least seven to ten years to build a proper company. The new startup also required our family to move back to Finland. My Wife is at the moment doing her PhD for the Brunel University London. It would be impossible for us to move to Finland at this stage.

On the other hand, I have already created a successful Microsoft consultancy in Finland. Every leader who has been in the IT consulting business are aware of the sales and requirements dilemma. The low visibility you have for the income pipeline is another problem. Not talking about scaling challenges there are for the consulting business in a market such as Finland.

Having all these pros and cons in mind, I had to make one of the hardest decisions in my life. On the day we had to sign the partnership contracts, I had to have the most difficult conversations. In the call with other founders, I explained my situation and stood down from my position. To make such a decision, a human should reach a certain maturity. The courage to make a curtain call is another strength which all of the people don’t have. Fortunately, I had both of them!

Was it a good decision and what now?

Meltlake as an experience was priceless and I learned so much from it. At the moment Futurice has seven Microsoft gold partnerships and also majority shares in a Microsoft consultancy. I guess things I fought for has returned good results. Timo who is also a great friend of mine took our plans and is executing them right now. I’m super happy for him and praise his courage to execute the plan!

Last week he called me and wanted me to join his advisory board. I accepted that willingly!

At the moment I’m working as a full-time freelancer for the Futurice group, and also advising Meltlake. I still have the hunger for building something new, and I’m currently working on it in Spain. The new plan might be a blog post at some point!